This post is not ready yet. I accidentaly clicked Publish. Thanks for your patience.
Posted by Fred Firepants at 8:47 PM

I have gotten a comment from The Overacheiving Necromancer!

IF YOU DO NOT CLICK THAT LINK I WILL HAVE TO SHOOT YOU!

I need help, is it better to farm General Akilles for the Blue Ghost or just wait until someone sells it at the bazaar? I fought him 163 times exactly, with no ghost. Please help if you can. Love the blog.
Overachieving

This is the page on blue ghosts.

Now, on the General Akilles page it says Blue Ghosts have a drop percentage of 2%.

But, bazaar sniping is boring. And the only things people ever sell to the bazaar are items you could just buy in the pet shop like piggles and goat monks anyways.

I would say farm Akilles with a friend, because it's so much more fun with a friend ;) If you show up in the bazaar I would say maybe spend 3 minutes trying to find it. But it's your choice.

That's all the help I can give, hope it works out for you!

I HATE YOU HOBOS pt 2

I hate tower hobos more than mob hobos in Dragonspyre.

I hate you, tower hobos
with your freaky smiles
and your weird grins
I think you are vile

I hate you, tower hobos
And your towers too
Clear out the place
It's dusty and has cobwebs too

I hate you, tower hobos
My friends can't port in
And you keep on
annoying me with your freakish grins

I hate you, tower hobos,
just standing there on a floor,
You have no life
Just kick the bucket out the door

I hate you, tower hobos
But I hate the quest-giver even more
the guy that says Go and fight
a million enemies that dementedly roar

I hate you quest-givers
Why don't you help me?
instead of standing there
loitering like a hobo

Tower hobos, quest-givers
you are all the same
Just kick the bucket
give me the loot
Don't give me a hard time

If you want to know why I'm so excited (YEAH!) you should check out this month's Newsletter.

Yeah, read through that... Now I can see that grin on your face ;P


CELESTIA! WHOOPEEE! This is actually really factual. We now know that...

1. Wizard City is awesome (though that was already obvious)
2. Krokotopia is less awesome than Wizard City (:P)
3. Piggles have grown chubbier in the last decade
4. Ninja Pigs will sneak up on Manders and massacre them

All jokes aside, these are the facts :P


1. Celestia will be underwater themed (or it will have floating crabs O.o)
2. There will be a new release with pets.


Hmm. Wonder what Merle's last sentence was about.
“The answer you seek may be in the stars... or it just might be there alongside you.”
Alongside you? Maybe something to do with the new quests? Maybe they're release a new star pet! lolz. It would be funny to have a star boinging alongside me :P

One is by Shelus Gruffheart in Firecat Alley. He wants you to reclaim a Celestian artifact as one of his quests.

And then Mr. Rowley in Hyde Park wants you to get back his Celestian wristwatch.

These are hints that there is a world called Celestia.

People have gone to think that "Celestia" has something to do with the word "celestial" which is related to the sky or air.

And it looks like it might just be underwater :P(Unless there are flying crabs but that would be creepy O. O)

~Happy Wizarding
Posted by Fred Firepants at 3:19 PM No comments:

Just added a thing that says where the people viewing my blog are...

OOOH! OOOHH! I SEE ONE IN NORTHERN CALIFORNIA!!!

You can find me in the Wizard City Shopping District by the fountain. I've got wands and staffs and even a happy little pet! Remember I only accept Crowns.

We'll keep you up to date as the release date gets closer, but know that the new pet for Target is an icey cat shown on the left.

Just like the other gift card pets, the stats of the pet will change each month, so keep watch on the Gift Cards Page for more information! 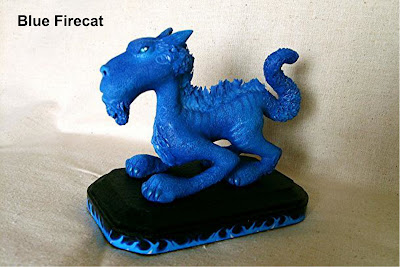 That picture... Y'know the one I showed with the News? Hmm.... *thinks*
I'm bored.
*drinks hot chocolate*
*thinks some more*
hmm... maybe a blue firecat wil be the theme for the Target Gift Cards?
We'll find out! I'm definetely emailing Friendly over this,
~Happy Wizarding!
Posted by Fred Firepants at 8:02 PM 2 comments:

Go ahead and click on that. It's a big graphic.

Posted by Fred Firepants at 6:36 PM No comments: